The cart is empty

£ 20.95 each Pips Supreme Dog Shampoo 500ml Full lather shampoo with the added plant enzymes will help to ease the itching of the skin to give your dog's coat protection from daily grime and also any unwanted insects.

£ 20.95 each Pips Supreme Cat Shampoo 500ml formula is all natural and suitable for all your cat's needs. Hypoallergenic Restorative Formula for eliminating itching and repairing the skin 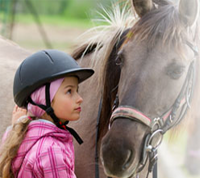 Get in touch with us

We accept all major credit/debit cards